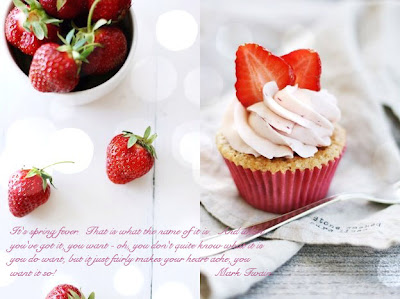 Spring is in the air & want nothing but to spend all day outside. . .
& to take on your picnic, these delicious strawberry morsels-- perfectly dainty & deliciously fresh! 
* Preheat oven to 350 degrees F/175 degrees C. Line one standard 12-cup cupcake pan with paper liners; set aside.
* Into a medium bowl, sift together flours, baking powder, and salt; set aside.
* In the bowl of an electric mixer fitted with the paddle attachment, beat the butter and sugar until light and fluffy, 3 to 4 minutes, scraping down the sides of the bowl as needed.
* Beat in the egg and then beat in vanilla.
* With the mixer on low speed, add the flour mixture in three parts, alternating with the milk and beginning and ending with the flour; beat until combined after each addition.
* Fold in strawberries.
* Divide the batter evenly among the prepared cups so that each is about two-thirds full.
* Bake, rotating the pans halfway through, until the cupcakes are golden brown and a cake tester inserted in the centers comes out clean, about 20 minutes.
* Transfer pans to a wire rack to cool for 5 minutes. Remove cupcakes from pan and cool completely on wire racks 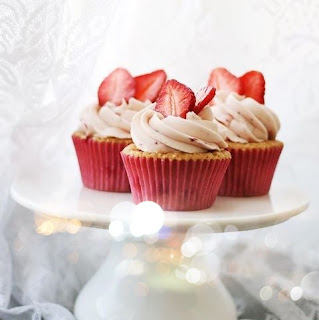 *Recipe & pictures from Call Me Cupcake -- images edited by Amour-Love
Posted by Unknown at 5:36 am 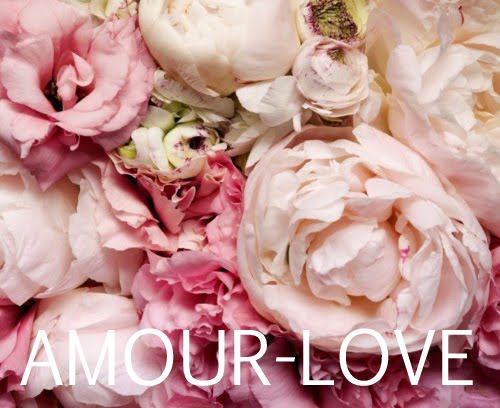 "Then he kissed her. At his lips' touch she blossomed for him like a flower and the incarnation was complete."
- F. Scott Fitzgerald, The Great Gatsby